Quite possibly since the dawn of time colleges have been teaching the four “Ps” of marketing, and I’ve always found this philosophy lacking. While product, promotion, price, and placement matter, these four “Ps” are pointless without focusing on a far more important word–people.

Honestly, It’s no wonder that most people are fed up with marketing. Somewhere along the line advertisers lost sight of them. The more they focused on those five “Ps,” the more tone-deaf they became. In 1965 Mick Jagger and Keith Richards hit song “(I Can’t Get No) Satisfaction,” became a number one hit in the US and the UK.

“When I’m watchin’ my tv and a man comes on and tell me
How white my shirts can be
But, he can’t be a man ’cause he doesn’t smoke
The same cigarettes as me”

It’s absurd, right? That’s the point. What is even more absurd is that too much marketing is still unchanged from the outdated thinking of 1965.

Today we have the technology and tools to do marketing differently. We no longer need to bother people with advertising that isn’t relevant to them. Isn’t that part of the problem the song points out? Something tells me the Rolling Stones weren’t wearing a lot of dress shirts in those days.
The old way of doing things was target markets. People weren’t individuals, they were lumped into representative groups. Marketing channels and creative were all built with those groups in mind. Of course the problem with that is that people act as individuals most of the time.

People CAN be satisfied

It’s a great time to be alive. I no longer have to rely on complex and slow systems and processes to get information. If I have a question I don’t need to call an expert or pull out the encyclopedia, I just Google it. Isn’t that what you do? It’s also what your customers do.
The businesses that will succeed in the 21st century simply have to think about their marketing differently. Before they ever start thinking about a product, how they’ll price it, where they’ll place it, or how they’ll promote it, they’ll have to get to know the person who will use it.

You know what really pleases people? When you solve a problem for them. That is crux of this whole concept. People want and need your help, but it has to be genuine.
A lot of advertising does this sort of halfway. You’ve seen the ridiculous ads where someone has an exaggerated version of a “problem” that is then solved by some silly “As Seen on TV” gadget. That’s NOT what I’m talking about. Those ads come from a marketer creating a problem to solve after the fact.
Brands that really get it right start with the people. Who are they trying to help? What problems do they have? How can they help them? When you start with the people first the other “Ps” can be used in service of that person and suddenly we have marketing that doesn’t feel like advertising anymore.

So how does that work?

Smart marketers start with Personas, which are detailed avatars created from research and designed with the individual in mind. Then every aspect of the marketing plan stems from the right place–the people. Everything about the marketing plan looks to solve problems for that persona. Marketing channels, creative, and distribution all are chosen in service of that persona.
No games, no tricks, no SPAM. Today we can meet people where they are, and just show up to be helpful. Doesn’t that sound satisfying?
← How to Tame the Trolls Doing good is good business →

In Defense Of Comic Sans

When it comes to marketing, graphic design is of the utmost importance. Colors, shapes, and styles all have a... 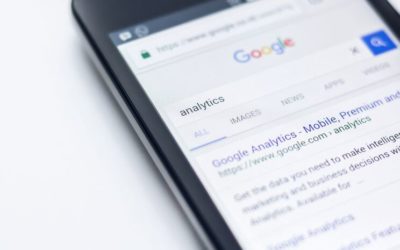 How to explain SEO to your boss

SEO is the simplest and most complex of things all rolled into one. The foundation of SEO is truly focusing on your customer and their needs. Your website has to be helpful to them above all. The way you do that is by creating great content and having the right technology to make that happen. Some of that work is pretty easy, some of it requires the help of a professional. 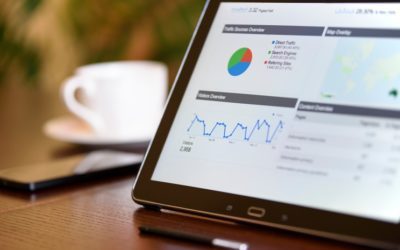 Show them the ROI

Back in the early days of digital we measured digital pretty much the same way we measured analog efforts–impressions. We’d pick a targeted channel and pay for advertising by impression. Truth is you can still buy digital that way.