How to Tame the Trolls 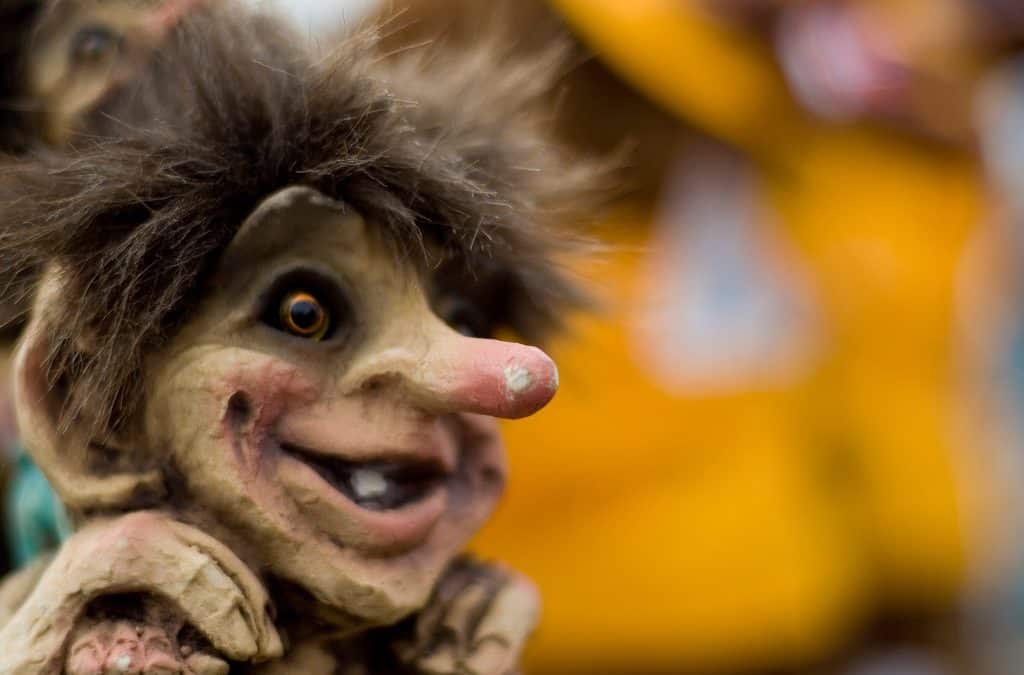 One of the biggest things that brands fear on social media are “Trolls.” Not the cute ones with the neon fuzzy hair, rather the ugly ones that live under bridges and write nasty things on walls…internet walls to be exact.

This fear is so real that some businesses avoid social networks altogether, and in my opinion that is a huge mistake. Depending on the source, there are statistics indicating that anywhere from 75-90% of people use social media regularly. With numbers like that it is pretty reasonable to assume that your clients, customers, and leads are using these platforms in one form or another.

The danger though seams very real. What if someone gives you a terrible review? What if people say terrible things that aren’t true? What about employees? Vendors? The list goes on and on….

Let me tell you a story

My friend Todd purchased a spa package for his daughter’s eighteenth birthday. When his daughter arrived at the spa on her special day they had no record of her appointment. The receptionist told her that she’d have to reschedule for another day because they didn’t have staff to handle the appointment.

She called her dad not knowing what to do next and Todd immediately called the spa asking them to remedy the situation. They refused to make any “special” accommodation and eventually she went home.

Todd was angry, as any dad might be in that situation. First he posted the story on his own Facebook wall, which the staff at the spa might not have seen if they weren’t friends with Todd. Within a few moments there were dozens of comments on Todd’s post (which bumps it up in Facebook’s algorithm) and one commenter aptly pointed out that he should review the business on their Facebook page, and so he did.

Within an hour of his scathing review, which included some good suggestions for how the spa might have better handled the situation, someone from the spa replied.

The marketer in me cringed. If there were a textbook way to make the situation worse, this genius clearly is the author.

The staff member began with the ultimate in dismissive and condescending phrases, “We’re sorry you feel that way, but…” and continued to explain “their side of the story,” make excuses, accuse Todd and his daughter of yelling and behaving inappropriately, and babbled on for a couple of defensive paragraphs without ever expressing any apology whatsoever.

The reason I’m sharing this particular story is that it’s a rare case where I can see it from both sides. As it turns out, I am a regular customer at this particular spa, and I’ve always had a wonderful experience there. In fact when Todd first posted about his situation I made a point to comment as much and assure him that I knew they’d sort it out.

So then I watched the whole debacle unfold on Facebook throughout the remainder of that Saturday. Honestly, if I were Todd I would have been pretty angry too. While what was happening wasn’t typical of the service there, it was nonetheless unacceptable. Still, I wanted to see a positive outcome because I care about both parties and it certainly seemed like a situation that could be resolved quite simply.

When the manager returned to work on Monday she did reach out and try to smooth things over. Sadly that didn’t come for a couple of days, and in my opinion it was too little too late by then.

What should they have done?

First of all they needed to apologize empathetically and publicly. The reply should have been something like this, “We are so sorry that we failed to meet your expectations today. I can imagine how upset I’d be if I were in your shoes.”

Next they needed to take the conversation offline by saying, “Our manager will be calling you this afternoon to address this and ensure that we find a resolution that is appropriate.”

Finally, they needed to have someone with authority, ideally the manager or owner, call Todd immediately and find a way to rectify the situation.

OK, so Todd is not really a Troll

He does represent a very real problem that business owners fear. Every once in a while an employee slips up, does something bone-headed, and the last thing any of us wants is a viral internet drama on our Saturday off.

First thing first–NEVER delete a negative rating or comment except in extreme cases of libel, cyberstalking etc. Even if you really believe that no one said or did anything wrong, still apologize. The perception of a problem makes it a reality for the customer. Once you take it offline and have a real conversation on the phone you’ve expressed a genuine interest in solving the problem, and by talking you’ve humanized the process. While you’re talking you can simply ask, “What can I do to make you happy?” It’s amazing how disarming that question is, after all, we seldom are asked. Then you do everything in your power to carry out the solution they seek.

Okay, but what about the “Real Trolls”

Every day nasty little unhappy creatures crawl out from under the rocks where they live to sit under crumbling bridges and type nasty things on the internet. This kind of troll doesn’t have a legitimate beef with a business, they are whiny, mean, critical, and sometimes profane just for sport. Thus, we want to deal with them slightly differently.

Even in this case I stand by my advice not to delete comments except in extreme cases. If someone has been particularly nasty they’ve made themself look bad, not you. Leave the comment up and “give them enough rope to hang themselves,” as my grandfather would say.

Where appropriate follow the three steps I mentioned before, otherwise simply ignore them. Trolls feed on the drama they create and it’s best to starve them. In the event that someone else engages with the troll ignore the exchange unless it turns into an argument that gets out of hand. If people turn to personal attacks or bullying comment that you will block the person from your page if they cannot be respectful and then do so if needed.

In the same sense as there is no such thing as “bad press,” there seldom is such a thing as bad social media engagement. The way you handle a troll says a lot about you and your brand. Always find a way to be the bigger person, and calmly, assertively stand up for what is right when needed.

A heated conversation increases engagement and thus your rank for the post on Facebook. Take it as an opportunity rather than viewing it as a liability. Social media is a wonderful opportunity to connect with people and personalize your brand. Don’t choose to be left behind.