International Women’s Day takes on new meaning for me this year. As I look back on what will be one year of coronavirus shutdowns, quarantine, and worldwide disruption, I’m exhausted, discouraged, and overwhelmed. I also know that I’m not alone. Women, in particular, have felt the squeeze of this pandemic in unique, and frankly terrible ways. Initial surveys show women bearing the brunt of the workload at home and for their employers at much higher rates than men. We’ve been burning it at both ends for a year with what feels like no end in sight.

Of course, I’m one of the rare women who doesn’t work for a man

In fact, as the owner of my company, I don’t really work for anyone per se (although I wholeheartedly believe I work for my clients.) I’m also incredibly fortunate that my family has weathered this pandemic with their health and we haven’t experienced the loss that so many have. Business has been unpredictable, but we’ve survived so far and kept everyone on the team gainfully employed. I know I’m one of the lucky ones, and I’m grateful. That said, I can’t sit back in my privilege and not share it with others.

Men have always had a “boys club” network

Whether you call it the “good ole boys” or the country club, or any number of actual clubs, men have had networks and systems to support one another for all of history. Business and personal life get mixed into a cocktail that results in success in board rooms and locker rooms, and women seldom make their way into those inner sanctums, and when we do it seldom goes well. It took me a long time to realize that I was wasting my time trying to “fit” in the man’s world. Looking back I think I did that because of two things.

The problem of course is that younger me didn’t know about the hidden tables in backrooms where women never go. I didn’t understand that men could give lip service to equality, but behave like every generation that preceded them.

Be the mentor you always wanted

There are so many things I wish I could tell my younger self. Things that would have made my career and my life so much better. While I certainly can share some of that with my daughter if she’s interested or listening, there’s more I can do with that experience. If I kept it to myself, or my family, I’m denying something helpful to so many others.

Only once in my professional life did I ever work under a woman. ONCE. It’s now almost 20 years past that time and my one and only woman boss is often the voice in my head. Why? She knew things my male bosses never knew. She experienced things they never experienced. She imparted wisdom that at the time I didn’t realize was a rare opportunity for me as a woman in leadership.

Create your own “club”

One of the biggest mistakes in my career was rooted in my own fear or imposter syndrome, or maybe just ignorance. I spent a lot of time plugging away in my business feeling entirely alone. I did all the stuff the successful men around me were doing and somehow it just didn’t produce the same results. Meanwhile, I felt the double bind of trying to be a good wife, mother, daughter, friend, community member….the list of ways I tried to be a “good girl” is exhausting just to type, let alone process how much it weighed me down.

The world is infinitely complex, and yet surprisingly simple. Things aren’t and won’t likely be fair, but that doesn’t mean we can’t make it better than we found it. Know that you’re not meant to succeed on your own, nobody does. It only looks that way from the outside looking in. What feels like failure to you is just a part of the process. If you fall down nine times, you just have to get up ten times to win. That’s what all happy and successful people do. You’ll never get where you want to go following someone else’s map, you get to make your own path in life and that’s a blessing, not a curse. Be the woman you wish was there for you in your darkest hour and at the height of your success. You’ve got this! Just don’t go it alone. 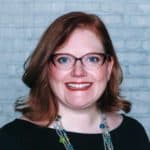 Tracy Graziani
With degrees in art and psychology, she's equally obsessed with the art & science of marketing, but more than anything she cares about people. 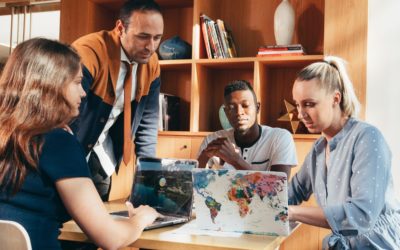 5 Reasons Why The Sales Team Hates The Marketing Team

Sales and Marketing are two sides to the same coin, but often find themselves at odds with one another. This post... 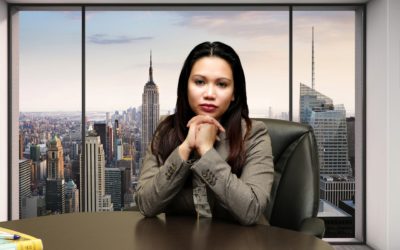 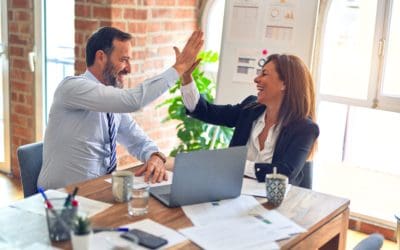